6 Then God said to him in the dream, Yes, I know you did this in the integrity of your heart, for it was I Who kept you back and spared you from sinning against Me; therefore I did not give you occasion to touch her.7 So now restore to the man his wife, for he is a prophet, and he will pray for you and you will live. But if you do not restore her [to him], know that you shall surely die, you and all who are yours.8 So Abimelech rose early in the morning and called all his servants and told them all these things; and the men were exceedingly filled with reverence and fear. (Gen 20:6-8).

3 Even so we, when we were children, were in bondage under the elements of the world. 4 But when the fullness of the time had come, God sent forth His Son, born[a] of a woman, born under the law, 5 to redeem those who were under the law, that we might receive the adoption as sons. (Gal 4:3-5 NKJ)

When tracing back in Scripture, we find different references which speak of God’s promises, to redeem  us from our sinful nature. Every patriarch, have had their battles with which they fought throughout their lifetime. From the creation of Adam, through to time’s fullness bringing God’s resolution to pass. For since time began, our Creator had an original plan, of restoring, reconciling ourselves to Himself.

Although we fell short of God’s Glory; He had not been caught unawares. Throughout Creation’s History; our Lord is always demonstrating His Love for His fallen creation. God always remains thrice Holy,  Fully Righteous, Totally Sinless, Readily Forgiving and Most Loving. Sin is unable to remain in His Presence. Remember He is also the Judge over all things. He is Creator of the Heavens and the Earth. He formed us in His Image.

For this reason David wrote in Psalm eight, about God making man a little lower than God (Elohim, Spiritual Beings). For we are created in His Image, in His Image created He them. (See Gen 1:26)

Remember God created us in His Image. His Grace, Love & Mercy are so Great. Now He formed us with His Fingers! He knows of us; even before we were in our mother’s womb. He is everywhere Present! He knows & numbers ev’ryone of our hairs on our head! Therefore we can safely say, God clearly knows the origins, e’en our beginning & end. This is why Jesus could say: – “Abraham looked forward to His day, rejoicing therein.”When asked by the religious leaders of His day; about our Lord’s years! He clearly answered them; “before Abraham was; I Am!” (see Jn 8:56-58 NKJ)

56 Your forefather Abraham was extremely happy at the hope and prospect of seeing My day (My incarnation); and he did see it and was delighted.(C)57 Then the Jews said to Him, You are not yet fifty years old, and have You seen Abraham?58 Jesus replied, I assure you, most solemnly I tell you, before Abraham was born, I Am.(D)  (See Jn 8:56-59 AMPC)

In the beginning the Lord; revealed His planned reconciliation to His crown creation. Even for Abraham’s seed and his descendants forever. In deed He recorded it, in His heavenly records, for all to see. Jesus, is the Lamb Whom had been slain before the foundations of the world. John the Baptist, introduced Christ Jesus as the Lamb of God who takes away the sins of the world. He became sin on our behalf, so we would be called God’s Righteousness,  in and through Him (ie Christ Jesus.).

From Scripture we understand; our Lord will not do anything without first allowing His servants, the prophets insight into that which He desires to do. Abraham was called God’s friend. Our Lord fully explained to Abraham, how He would bless him. He would also bless those who from their heart, preferably have chosen to bless Abraham (see Gen 12:1-4). Our Lord called Abraham from out of his nation, peoples & kindred. We might be able to say; Abraham had been a forerunner. He being the first apostolic shadow and called a prophet by God, had been one of our first, Faith Pioneers recorded in Biblical records. In fact so much so, that he is called our father of faith today.

Our Lord called him, and  made him the father of many nations. For great and many are the promises, which God had made and given him. God not been a man that He should lie, even cut Covenant with Abraham, our Father of Faith. Speaking of Abraham’s Promised Seed, we see the prophetic shadow of Isaac through whom God decreed the nations would be Blessed.

6 Shall a trumpet be blown in the city and the people not be alarmed and afraid? Shall misfortune or evil occur [as punishment] and the Lord has not caused it?7 Surely the Lord God will do nothing [a]without revealing His secret to His servants the prophets.(A)8 The lion has roared; who will not fear? The Lord God has spoken; who can but prophesy?(B)    (Amos 3:6-8 AMPC)

Throughout Scripture, we see God’s scarlet thread, linking His Covenants one with another. He brings the Covenant throughout scripture together, with all His Prophetic Promises. These clues He carefully places there through the Patriarchs, Prophets and eventually revealing them to His Covenant people. Christ being our Chief Apostle, High Priest, Patriarch & Prophet. He is: –

Next: – The New Covenant 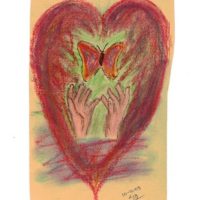 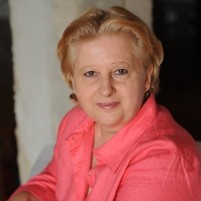 Ev'ry day is not Sunday.But Jesus is always looking out for us ev'ry day. When we seek Him without heart we shall find Him, &' He shall answer when we call on Him

Call down the fire